Merry Christmas to all my followers.


Alan, Don, John, Murray, Ross and me joined Wayne for the final operating session for the year.


We had a beautiful meal at The Hub Tandoor they looked after all twenty of us very well.

Whilst we were having our Xmas breakup dinner I received news that Pieere (currently on leave from our group) had died earlier that day - it was a shock for everyone that knew him. -ooOOOoo-
Posted by jimgif at 9:28 PM No comments:


I bought this kit on eBay some time back and finally put it together see the progress pictures below.

I needed to adjust the height above the rails so I made some "Concrete foundations" from balsa wood and glued the structure on them.

Time to paint the foundations.

Time for some weathering with a sprayed on india ink wash.

Positioned on the layout for trial loading before fixing permanently


I am following Wayne's lead and have been preparing some wood loads using balsa stock and printed sticky labels cut to wrap them.  I need 30 packs to fill the bulkhead flat.


Barry, Chris, Des, Don, Peter S and I joined Wayne for the ops session.  We had a fun time but we had a turn out failure at the entrance to the hidden staging yard which resulted in a blocked approach so three trains were cancelled until maintenance could attend to the problem.


Enjoying afternoon tea after the run


Barry, Chris, Don, Rosslyn and I joined Ross for a running session which lasted for about one and a half hours.  We enjoyed supper afterward.


It is still on back order......   I emailed the Canadian supplier a couple of days ago and have just received a reply that it is still in Germany....

The extent of my activities were were still somewhat curtailed as the dreaded lurggie hit the family and we still have some family issues.  However I did go with the boys on the Afghan Express Trip, worked on the control panel indication issue,  reset after failed Ops Session, Train Masters TV Session, Ops Sessions, Trainspotting and sourced the new power suppply for the long awaited new booster.


Barry and I travelled to Pt Augusta to meet up with Don, Rosslyn, Grahan, Spacky, Spacky's Grandpa & Jock for a great trip. 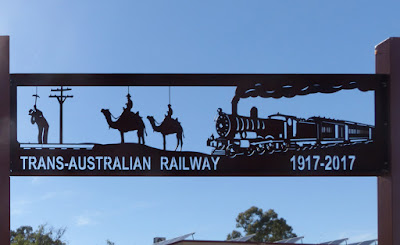 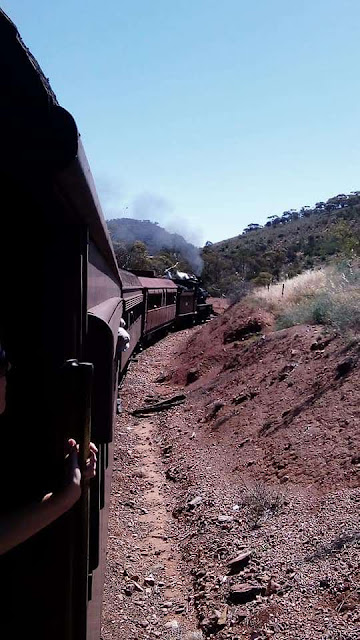 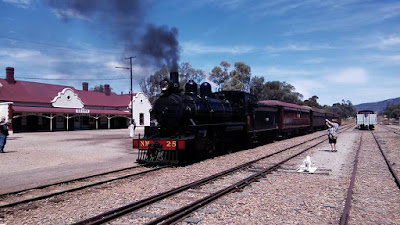 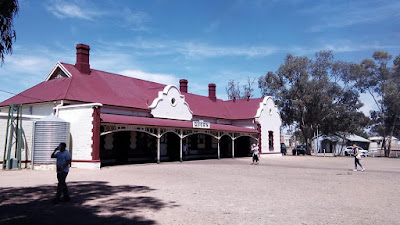 We had lunch at "The Austral Hotel" in Quorn.

Afterwards we enjoyed a nice BBQ at Jock's place.


I have spent about five hours putting everything back to start positions for Session 4 following the aboandoned seesion back on 1 July this year.  I just have to reprint some of the instructions which were "marked up" during the original session


Last month I said I have had issues with the LED indication for the top level double crossover near Onka Valley.   Well they are fixed.  Turns out the Frog wires from the two turnouts were reversed....


With the layout out of action I hosted a Train Masters TV session whilst Spacky & Jock were down. 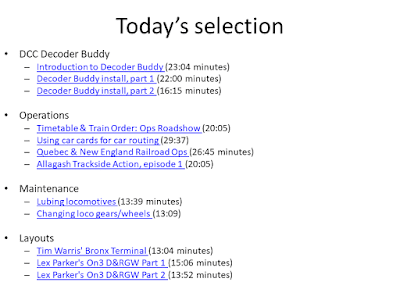 I cooked a BBQ after the session and we carried on chatting before going back downstairs to watch some of Spacky's trainspotting videos during the evening.


We had two sessions whilst Spacky & Jock were down the first on Monday then again on Thursday.


It has been a busy week but due to some long days "the boys" have been up early or out late doing some train spotting and recording some video.. 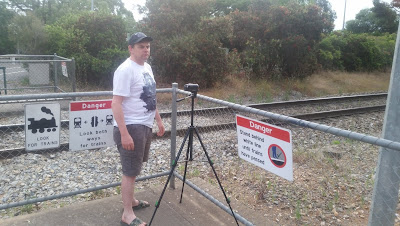 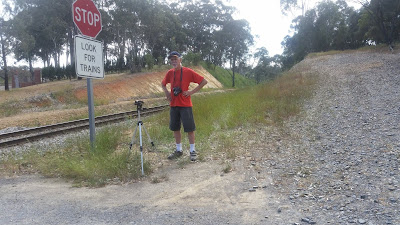 
I have been looking for a reulated supply that deleivers a minimum of 6 Amps at 19V Regulated DC so the booster input voltages match.  The HP laptop power supply I had, unfortunately was a three wire one which "looks for the right componets to be connected to it" so, it is now in the bin.


Still on back order......   I rang thge Canadian suppier and was informed that apparently the delivery from Lenz has missed the consolidated parcel despatch twice now and the unit is still in Germany.

I was informed it will beat least one month before I receive it!

There will now be no more ops sessions this year.....

-ooOOOoo-
Posted by jimgif at 9:00 PM No comments: